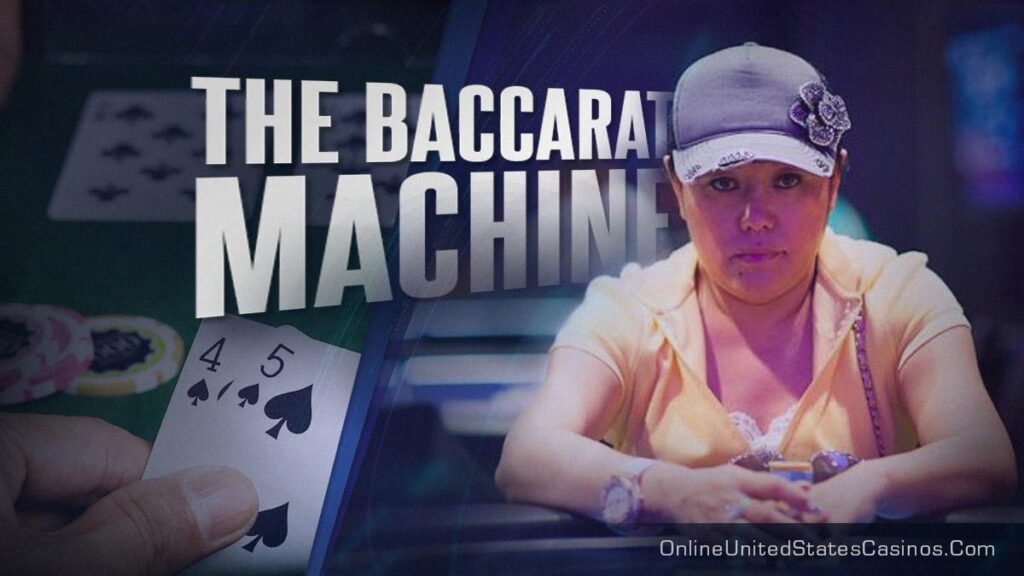 In January of 2017, Cigar Aficionado ran a story about Cheung Yin “Kelly” Sun, introducing much of the world to the best female baccarat player of our time. Or at least, that is the reputation Sun boasted almost a decade ago. Though it is accurate that Sun cleaned out many casinos in the early-2010s playing Asia’s favorite table game, what is also true is that she did so by taking the element of chance out of the game. This Chinese-born gambler partnered with now Hall of Fame poker player Phil Ivey, as the duo implemented a technique called edge-sorting to beat croupiers in baccarat.

Edge-sorting helps players familiar with specific decks identify quality cards in a game by studying the patterns on their backs. Naturally, despite there being a wealth of sites to play baccarat in the USA, edge sorting is only applicable when physical cards are in play due to the uniqueness of each deck series. Sun was the first person to identify that some decks had such a vulnerability. Her attentiveness and attention to detail earned her the title – the Queen of Sorts and later – The Baccarat Machine. In 2012, she and Ivey played marathon sessions of baccarat in gaming venues across Britain and New Jersey, winning millions. That said, despite their inventiveness, Sun and Ivey did not get to keep their winnings, as courts of law ruled that their technique constituted cheating and not advantage play as this duo claimed.

Born in 1976 in Northern China, Sun was the daughter of an entrepreneur whose family had made their wealth in the banking world. However, during China’s Cultural Revolution, Mao Zedong, the Chairman of the People’s Republic of China, imprisoned the wealthy because of his Marxist–Leninist ideology. Sun’s father was among many rich people sent to work camps during the last years of Mao’s reign. Thus, Sun grew up poor, wearing shoes that her mother made out of cardboard.

After Mao Zedong died, China got a more capitalist-oriented leadership, and Sun’s father got released from a work camp. He instantly went back into the business world, launching a wooden products factory, and got wealthy again. This newly attained fortune paid for Sun’s Shanghai schooling and let her enjoy a much higher standard of living.

By age fifteen, Sun had already been bitten by the gambling bug, frequently playing poker for real money. She often would get on gambling cruises out of Hong Kong, using a fake ID, and sometimes would even make her way to Macau. What solidified her path en route to becoming a career gambler was a baccarat session in Macau, where she managed to turn $1,500 into $150,000.

Once she turned eighteen, her family sent Sun to Paris to study fashion design at the world-renowned Sorbonne University. However, she decided that this was not the road for her and fully dedicated herself to gambling and leading a jet-setter lifestyle in her 20s. Though, no one should assume that Sun always came out on top when she would walk onto a gaming floor. Lady luck frequently left her side. By her estimates, as a young woman, Sun lost around $20 million of her father’s money playing games of chance around the world.

In 2006, she would spend 21 days in the Clark County Detention Center for signing a $100,000 unpaid marker for a friend at Las Vegas’ MGM Grand casino. While in solitary confinement at this facility, she began practicing counting cards and inadvertently devised edge-sorting, an ingenious card-identifying technique that could get easily applied at baccarat. The rest, as they say, is history.

Awkwafina to Star as Sun in Upcoming Baccarat Machine Film

In February of 2020, Variety posted that New York-based comedian and actress Nora Lum, better known to the public as Awkwafina, will star as Sun in a motion picture about this Chinese baccarat player. SK Global is the production company spearheading this project, and they are the team behind a slew of successful movies such as Crazy Rich Asians, Money Ball, and Hell or High Water. Andy Bellin of Trust and Lovelace-fame will pen the project.

Awkwafina rose to fame with roles in Ocean’s Eight and The Farewell, for which she won a Golden Globe in 2020. She currently has a comedy television series airing on Comedy Central titled Awkwafina Is Nora from Queens. Expectations are that The Baccarat Machine will begin filming sometime in late 2021 or early 2022. The movie’s producers believe that Awkwafina has the talent to bring Sun’s story to life while infusing the film with humanity and genuine humor.

Shelly Schiff has been working in the gambling industry since 2009, mainly on the digital side of things, employed by OnlineUnitedStatesCasinos.com. However, over her eleven-year career, Shelly has provided content for many other top interactive gaming websites. She knows all there is to know about slots and has in-depth knowledge of the most popular table games. Her golden retriever Garry occupies most of her leisure time. Though, when she can, she loves reading Jim Thompson-like crime novels.